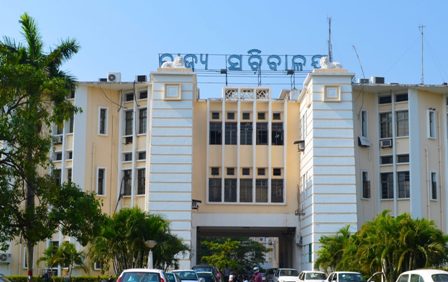 Odisha government transferred as many as 21 senior IAS officers

in Uncategorized August 4, 2018 Comments Off on Odisha government transferred as many as 21 senior IAS officers 2,476 Views

Bhubaneswar:4/8/18: In a major reshuffle, the Odisha government  transferred as many as 21 senior IAS officers at the State Secretariat on 3rd,August,2018

Dr.Jawale Nitin Bhanudas, Director, Tourism and MD of OTDC have been appointed as Additional Secretary to Industries Department. 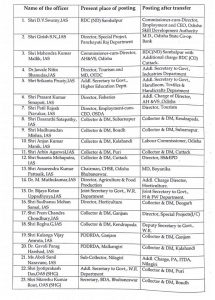 Besides Amarendra Kumar Pattnaik, Chairman of CHSE, Odisha Bhubaneswar got a new charge of MD, Boyanika.

This apart, Sudhansu Mohan Samal, Director of Horticulture has been appointed as Collector of Deogarh district.

Aboli Sunil Naravane, sub-Collector of Nilagiri was given Additional charge of PA, ITDA.