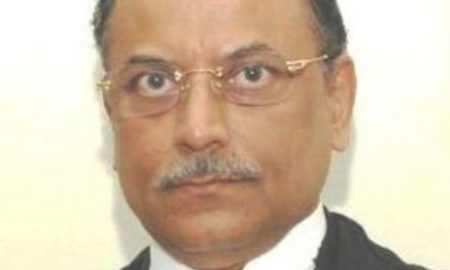 In exercise of the powers conferred by clause (I) of article 217 of the Constitution of India, the President is pleased to appoint Shri Justice Kalpesh Satyendra Jhaveri, Judge of the Rajasthan High Court, to be the Chief Justice of Orissa High Court with effect from the date he assumes charge of his office, a notification of the Ministry of Law and Justice read.

Justice Jhaveri will succeed Justice Vineet Saran, who has been elevated as a Supreme Court Judge.

Justice Jhaveri was elevated as a judge of the Gujarat High Court in March, 2004, and was confirmed as a permanent judge in June, 2005. He was then transferred to the Rajasthan High Court in August, 2016.

2018-08-04
Editor in chief
Previous: Odisha government transferred as many as 21 senior IAS officers
Next: ‘Paryatan Parv’ to be organized nationwide from 16th to 27th September, 2018