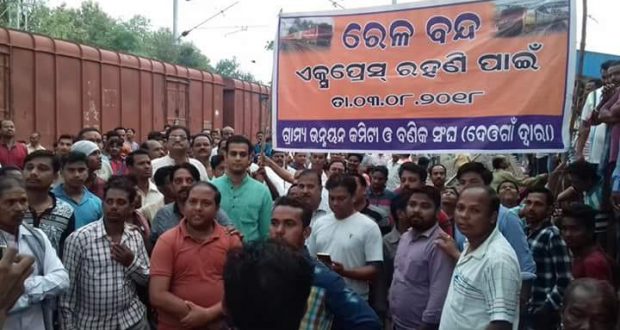 in District Diary August 3, 2018 Comments Off on Train services were affected on various routes following a rail roko agitation in Balangir district. 821 Views

The protestors under the aegis of Deogaon Nagarika Committee and Banika Sangha stopped different trains including the Ispat Superfast Express demanding halt of express and superfast trains at Deogaon station.

“Passengers of the region are dependent on buses and other mode of transport to travel as no train on the route is halting to pick them up from here. We will go for a bigger strike in the days to come, if their demands are not met at the earliest”, one of the agitators said.