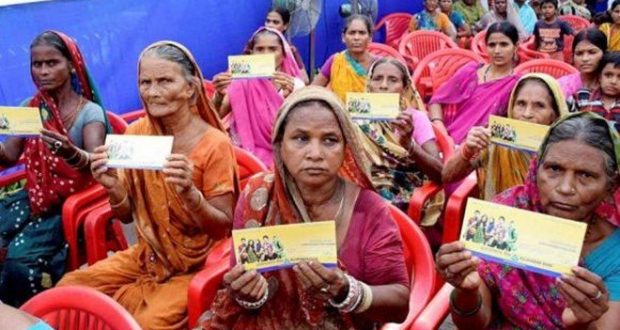 Newdelhi:3/8/18:As per extant Guidelines issued by Reserve Bank of India (RBI), there is no requirement of maintaining minimum balance in Basic Savings Bank Deposit (BSBD) accounts including Jan Dhan accounts. Depending upon transactions carried-out by a Jan Dhan account holder, the balance in any Jan Dhan accounts can vary on day-to-day basis, and may even become zero on a particular day. Hence, the number of Jan Dhan accounts having zero balance or balance with Rs.100, Rs. 500 and Rs.1000 above is not monitored. However, as reported by banks, the total deposit in the PMJDY accounts as on 25.07.2018 is Rs. 80093.77 crore.There is no restriction on deposit in BSBD accounts including PMJDY accounts which are opened with full Know Your Customer (KYC). However, in case of BSBD accounts including Jan Dhan accounts opened under simplified KYC norms, the accounts are treated as a ‘small accounts’ and there are limitations regarding the aggregate credits (not more than Rupees one lakh in a year), aggregate withdrawals (not more than Rupees ten thousand in a month) and balance in the accounts (not more than Rupees fifty thousand at any point of time).However, vide notification dated 21.8.2017 issued by the Department of Revenue, Ministry of Finance, Government of India the limit on balance of Rs.50,000/- in small account is not to be considered while making deposits through government grants, welfare benefits and payment against procurements.Benefits to the target groups under various schemes flow as per quantum of the respective schemes to their respective bank accounts, including to the PMJDY accounts. Approximately for 448 schemes, benefits under initiatives of the Government are flowing through Direct Benefit Transfer (DBT) to the accounts of the beneficiaries, including the PMJDY account holders.In addition, benefits like no requirement to maintain minimum balance, RuPay Debit card along with accidental insurance coverage of Rs. 1 lakh, overdraft facility upto Rs. 5,000 etc. are also available to 32.17 crore Jan DhanYojana accounts opened so far.

The benefits flowing to PMJDY accounts vary according to the eligibility of the account holder and respective guidelines of the scheme, without being a lump sum transfer.This was stated by Shri Shiv Pratap Shukla, Minister of State for Finance in a Written Reply to a Question in LokSabha today