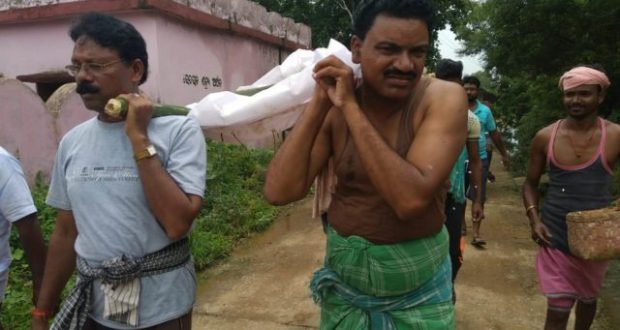 Rengali:3/8/18: Several reports of people hesitating to carry bodies for cremation in Odisha due to ostracisation, BJD’s Rengali MLA Ramesh Patua has set an example for others by shouldering the lifeless body of an elderly man.

According to reports, following the death of an elderly person at Amanapali here yesterday, no one of the locality came forward to assist in carrying the body to graveyard. The body was unattended for around 24 hours.

On being informed about the incident by Laida police outpost in-charge, MLA Patua cancelled his scheduled programmes and recahed the spot with his two sons.

The legislator then shouldered the body till the graveyard and cremated it.