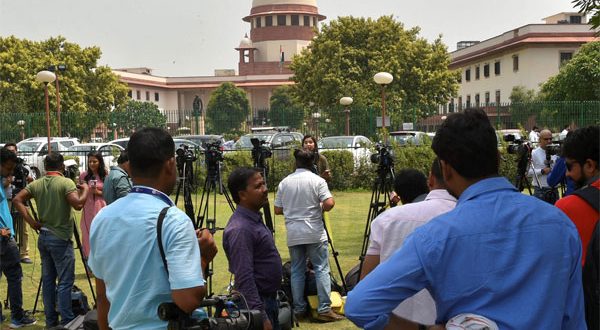 in Law August 2, 2018 Comments Off on Supreme Court restrained media from telecasting images and videos of minor rape victims 878 Views

New Delhi:2/8/18: In a suo-motu cognisance, the Supreme Court on Thursday restrained media from telecasting images and videos of minor rape victims, even in blurred or morphed form.

Expressing concern over identity of child rape victims being revealed by print and electronic media the apex court said that even morphed picture should not be published.

The court also asked media not to interview alleged victims of sexual assault and said that “they cannot be compelled to relive trauma again and again”.

Earlier, the apex court took suo-moto cognizance of the Muzaffarpur shelter home case in which a shocking 34 rapes were reported. The court issued a notice to the Bihar government seeking a detailed reply from the state administration.

The SC observation comes on the backdrop of a rising number of cases involving minors – the most notable being Kathua rape and murder, wherein the victim was an eight-year-old girl from Jammu and Kashmir’s Kathua district.