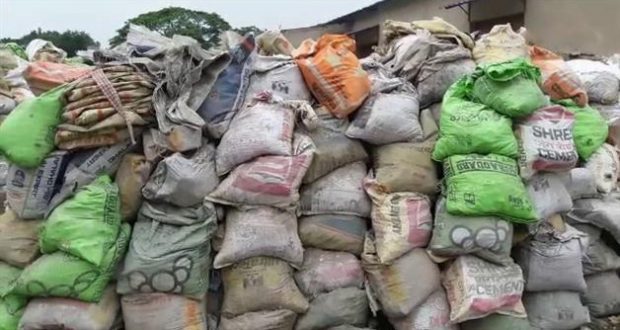 As many as 400 fake cement bags, some cement bags of branded companies and machinery were seized during the raid.

Acting on a tip-off, a team of Sadar police raided the factory and caught the persons while adulterating cement. Earlier the factory was raided a couple of times but no trace of cement adulteration was found at that time.

According to police, the fake cement unit was operating since many days. They used to pack adulterated cement in the bags of popular cement brands. Later they were supplied to various parts of the state including some neighbouring states.

Police has started an investigation in this regard.

2018-08-02
Editor in chief
Previous: Supreme Court issued notices to Centre and Andhra Pradesh government over the environment clearance given to the controversial Polavaram project
Next: Supreme Court restrained media from telecasting images and videos of minor rape victims