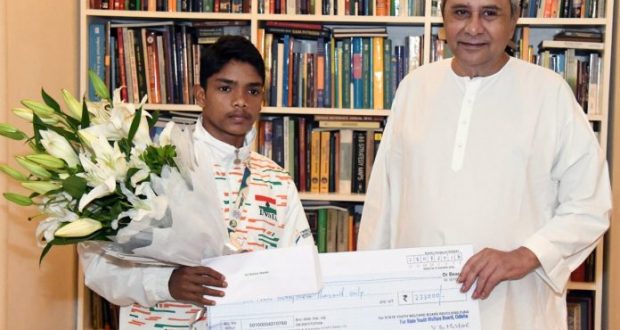 The Keonjhar lad had to settle for silver after losing to his Egyptian contender in the 42 player kg sub-junior category of Sanshou discipline on July 16. He made it to the final by beating his counterparts from Peru and Iran in the quarterfinal and semifinal, respectively.

A native of Sialijoda village under Deojhar gram panchayat, Babulu confirmed a berth for Brazil after a stunning performance at the Sub-Junior National Coaching Camp at SAI, Bhopal, in May this year.

His passion for martial arts has earned him 17 medals so far at state and national levels, the latest being a silver medal in the 17th Sub-Junior Wushu  National Championship held from March 27 to March 31 at Jammu & Kashmir.

A Class VIII of Government Nodal UP School in Barbil, Babulu is being coached by Pankaj Mahanta, an Asian Indoor Games Kickboxing Medalist, since 2011.

He is being supported by the Wushu Association of Orissa (WAO), Keonjhar district administration, Sarva Shiksha Abhiyan and JSPL Foundation.