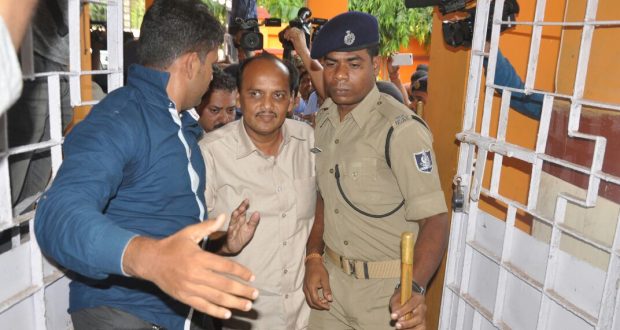 New Delhi:29/7/18: Choudwar-Cuttack MLA Pravat Biswal was discharged from the Indian Spinal Injury Centre in New Delhi on Sunday after undergoing treatment in the centre for 23 days.

Biswal was admitted to the Centre on July 7 after the doctors at the SCB Medical College and Hospital in Cuttack found injuries in his spine on June 2.

“I am feeling better now and will return to Odisha very soon,” Biswal told to the media after being discharged from the centre.

Notably, Biswal was arrested by the CBI from his Mahanadi Vihar residence in Cuttack on September 19 last year for his alleged involvement in Seashore chit-fund scam. He was under the CBI lens for a deal between his wife Laxmi Bilasini Biswal and Seashore Group CMD Prashant Dash over a piece of land at Benapur mouza in Jajpur district.

The Special CBI Court in Bhubaneswar and the District and Sessions Court had earlier rejected Biswal’s bail pleas and had remanded him in judicial custody.

As his health condition worsened, he was admitted to Capital Hospital on September 25 and later shifted to SCB Medical College and Hospital after recommendation from a panel of doctors comprising of Orthopaedic, Medicine, Surgery and Cardiology specialists.