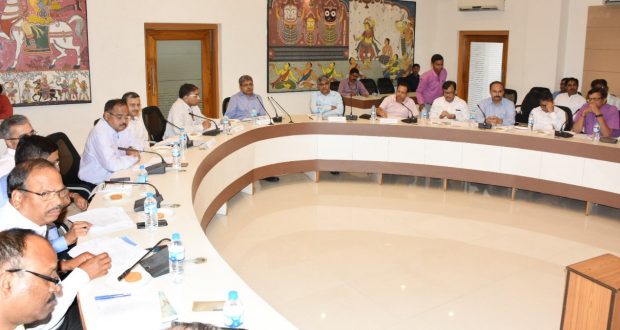 Bhubaneswar: 28/7/18;The Implementation or large investment projects in the state have seen significant progress during last month because of the resolution of emerging issues and bottlenecks in the process of their implementation.

This was known from the review taken by Project Monitoring Group of Prime Minister’s Office held under the Chairmanship of Chief Secretary Aditya Prasad Padhi in Secretariat yesterday wherein Principal Secretary Pradeep Kumar Jena outlined the issues for discussion and the respective project proponents presented the updates.

2018-07-28
Editor in chief
Previous: Satyajit Mohanty has been appointed as the police commissioner of twin city of Bhubaneswar and Cuttack
Next: In a joint eviction drive BDA,BMC and NHAI bulldozed the unauthorised structure of ISKCON Temple and adjoining areas