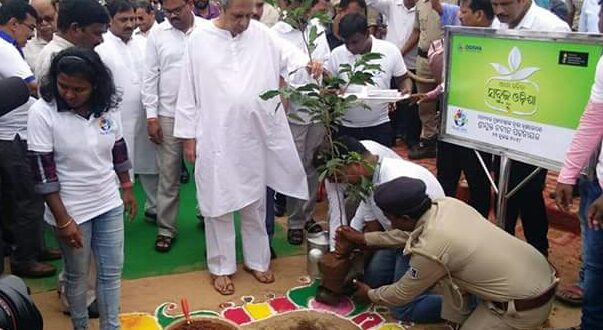 The event was inaugurated by the Chief Minister Naveen Patnaik at the Kalinga Stadium in Bhubaneswar. The CM plated the first sapling and sent out a symbolic message across the state, in support of the drive.

The plantation drive would further involve more than 2.5 Lakh Biju Yuva Vahini Volunteers across the 30 districts and the drive would continue throughout the ongoing monsoon season.

Under the Biju Yuva Vahini Plantation Drive, around 30 lakhs saplings would be planted with an objective to offset the carbon footprint are likely to be generated during the Hockey World Cup at Bhubaneswar.

The greening initiative, envisions to create “unity in biological diversity” and to project Odisha as a truly environmentally sensitive state, which is proactively carrying out sustainable development and bio-diversity enhancement.