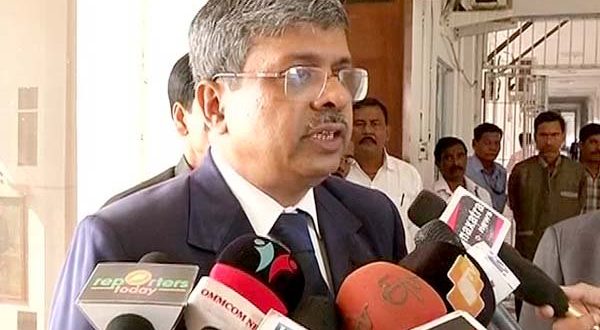 The proposals approved in the meeting belong to a variety of industries- pharmaceuticals, textiles, downstream industries in metals and minerals.

Rs 348.5 crore which will help create employment opportunities for close to 6000 people.

The proposals approved in the meeting belong to a variety of industries- pharmaceuticals, textiles, downstream industries in metals and minerals.

The government’s nod to the projects came during the 79th meeting of the State Level Single Window Clearance Authority (SLSWCA) held under the chairmanship of Chief Secretary Aditya Prasad Padhi.

The SLSWCA accorded approval to a Kolkata-based pharmaceutical company to set up a unit for production of intravenous fluids at Ramdaspur in Cuttack at an investment of Rs. 64.95 crore. The plant’s production capacity will be 6.36 crore bottles per annum and the project will create direct and indirect employment for 365 people. This will be the first such manufacturing unit in the pharmaceutical industry of Odisha.

The Angul Aluminium Park being developed as an exclusive state-of-the-art industrial park for ancillary and downstream industries for alumina and aluminium received a big boost with two investment proposals being approved by the SLSWCA. The first one was from a leading Mumbai-based manufacturer of aluminium conductors to set up a greenfield manufacturing unit at the Angul Aluminium Park with a capacity of 40,000 metric tonnes per annum (MTPA). The investment outlay was Rs. 56.3 crores with employment potential for 200 persons. The second proposal for the Angul Aluminium Park was from a Rajasthan-based cables company which proposed to establish a 30,000 metric tonnes per annum (MTPA) manufacturing plant to produce aluminium conductors at an investment outlay of Rs. 50.30 crores with employment potential for 130 people. The Angul Aluminium Park is the first-of-its-kind in the Indian sub-continent with facility for directly obtaining molten aluminium from the smelter.

The 300th proposal received by GO-SWIFT from a leading Kerala-based apparel manufacturer a few days ago was also approved by the SLSWCA. The leading exporter has committed to invest Rs. 177 crore to set up a unit for knitting, fabric processing and garment manufacturing at Tata Steel’s SEZ at Gopalpur in Ganjam district. The project will create employment opportunities for over 5,000 people, with a majority of them being women.

vestment implementation rate and the state is consistently ranked amongst the top 3 States in terms of live manufacturing investments in India.  Odisha has registered a GSDP growth rate of 7.94 percent in 2016-17, surpassing the national growth rate of 7.1 percent.