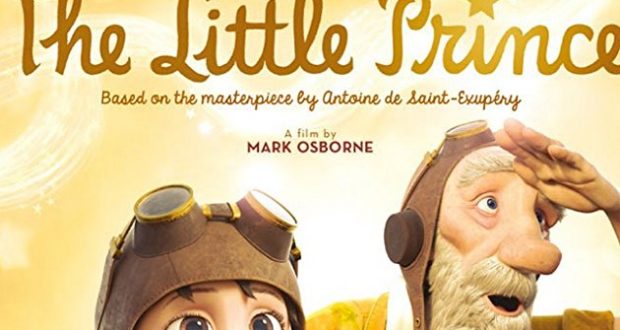 in Entertainment July 24, 2018 Comments Off on NFAI to host screening of Mark Osborne’s ‘The Little Prince’, a French 3D animated fantasy 1,058 Views

Pune:24/7/18;Children Film Club, which is a joint activity of NFAI and Arbhaat Films, will be screening a French 3D animated fantasy adventure family drama, ‘The Little Prince’ on Saturday 28th July, 2018.

The Little Prince, 2015 is a English-language French 3D animated fantasy adventure family drama film directed by Mark Osborne and based on the 1943 novel of the same name by Antoine de Saint-Exupéry.

The film narrates the story of an ambitious young mother who imposes a life plan for her daughter that leaves no time for leisure, all for her to enroll in the prestigious Werth Academy. The girl, however, becomes distracted by her elderly retired aviator neighbor, who tells her the story of the “Little Prince”, claiming that he encountered him in the Sahara after crash-landing there. The aviator recounts the Little Prince asking him to draw a sheep. Lacking skill, he drew a box instead, explaining that a sheep was inside, satisfying the Little Prince.

The screening will be held at NFAI, phase 2, Kothrud, Pune at 4 P.M. The screening is open for children of all ages.

2018-07-24
Editor in chief
Previous: UPSO-II (IOCL) dedicates Rs. 1 crore for the benefit of Divyangjans by under CSR scheme
Next: WCD Ministry launches ‘#Childline1098’ Contest- ‘Spot the Logo and Suggest a Tagline’.