In reply to a supplementary question, the Tribal Affairs Minister said that the performance of these schools is excellent in several states with almost 100% passed result while 60-70% of the students having passed with first class distinction. The students of these schools are qualifying NET and also joining IITs and IIMs, the Minister explained.

A total of 284 Eklavya Model Residential Schools (EMRSs) have been sanctioned as on date, out of which 214 have been reported functional. The number of EMRSs currently operational in the country, and the details of students enrolled in these EMRSs is mentioned below:

The capital cost for the school complex, including hostels and staff quarters is Rs. 12.00 crore with a provision to go up to Rs. 16.00 crore in hill areas, deserts and islands. As per guidelines, Recurring cost during the first year (2010) for schools was @ Rs. 42000/- per child which has now been enhanced to Rs. 61,500/- per student per year. As per extant guidelines the responsibility for the management of the School including student admission, staff recruitment, personnel policy/administration estate management etc. rests with the State Government. The details of the teachers in EMRSs across the country is not centrally maintained. A statement on recurring grants released during last four years for the EMRSs is mentioned below: 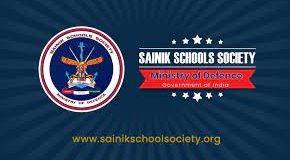