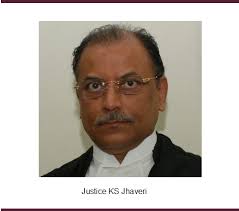 Enrolled in the Bar in 1983, Justice Jhaveri was made an additional judge of the Gujarat High Court in 2004. He became a permanent judge in 2005.

Later, Jhaveri was transferred to Rajasthan High Court in August 2016.

Besides, Justice Saran, Chief Justices of the High Courts of Uttarakhand and Chennai, KM Joseph and Indira Banerjee, respectively have also been recommended for elevation to the top court by the Collegium, which met this afternoon.