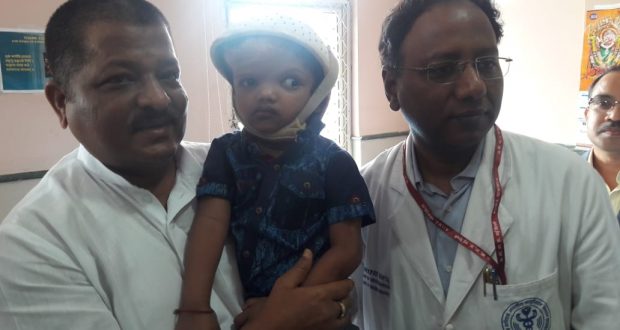 Jena, lifted Jaga up in his arms and offered him chocolates.

According to doctors at AIIMS both Jaga and Kalia are recuperating after undergoing cranial surgery in two phases.

Sources said the decision to discharge Jaga and Kalia will be taken after discussions with the AIIMS doctors regarding their health condition.

Notably, the twins belonging to Milipada village under Phiringia block in Kandhamal district were shifted to the AIIMS on July 14. The Odisha Government is bearing all the medical expenses spent for the treatment of Jaga and Kalia.