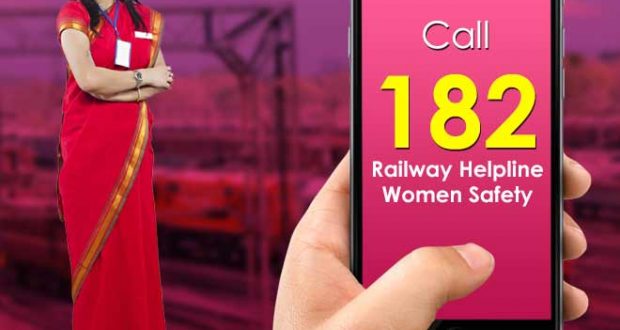 in Business July 20, 2018 Comments Off on Emergency talk back system and other various security measures for women in Railways 1,256 Views

Mumbai:20/7/18; On trial basis, Emergency Talk Back System has been provided in 06 ladies coaches of two Electrical Multiple Unit (EMU) rakes (03 coaches each) in Mumbai Suburban. One air conditioned EMU rake running in Mumbai Suburban has also been fitted with this system. Provision of Emergency Talk Back System is also being envisaged in all newly manufactured EMU rakes under Mumbai Railway Vikas Corporation (MRVC) Mumbai Urban Transport Project (MUTP)-III project.

The year 2018 has been declared by the Ministry of Railways as the year of women security. For ensuring round the clock security of women passengers, various measures planned to be introduced in Indian Railways include provision of Close Circuit Television (CCTV) cameras in ladies coaches of suburban trains, provision of CCTV cameras on platform to cover ladies coaches during halt, initiation of proposal for amendment in the Railways Act, 1989, deployment of women police personnel in suburban trains during night hours, escorting of all ladies special trains, running in metropolitan cities, by lady Railway Protection Force (RPF) personnel, escorting of ladies compartments in local trains by RPF and Government Railway Police (GRP) during peak/non-peak hours, staff deployment during late night and early morning in local trains to ensure proper security to lady passengers, prosecution of offenders travelling in ladies coaches by conducting intensive drives under section 162 of the Railways Act, recruitment of women in RPF, special drives under the Railways Act against offenders, training/sensitization of Railway staff, posters and signages and media campaign on women security, regular announcements to create awareness regarding Helpline at stations and trains and in society, constitution of a 3-member women officers’ Committee and formation a three member committee at Railway Board level to supervise and monitor implementation of Action Plan and constitution of similar committees at Zonal and Divisional levels etc.

All India Security Helpline 182 is being upgraded at a cost of `5.59 crore.  It is also being integrated with an APP to make it further passenger friendly and effective. With a view to have wider publicity of Security Helplines and other measures initiated by Railways to strengthen security of passengers, publicity campaigns are being launched by zonal railways. Passengers are being made aware by way of posters, stickers, distribution of pamphlets, etc. Besides, emphasis has also been laid down on audio/visual publicity, nukkad nataks, public campaigns, regular announcements, etc.

This information was given by the Minister of State of Railways Shri Rajen Gohain in a written reply to a question in Rajya Sabha today. 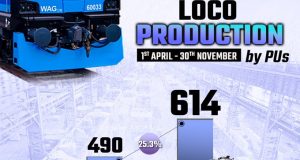