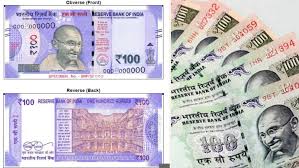 New Delhi:19/7/18: The Reserve Bank on Thursday said it will soon issue new Rs 100 notes in lavender colour having the motif of ‘Rani ki vav’ – a stepwell located on the banks of Saraswati river in Gujarat’s Patan.

“All Rs 100 banknotes issued earlier will also continue to be legal tender,” the central bank said while announcing the issue of the new Rs 100 notes. The base colour of the note is Lavender.

The note has other designs, geometric patterns aligning with the overall colour scheme, both at the obverse and reverse.

“As is normal, when a new design of banknote is introduced, printing and supply of these notes for distribution to public through the banking channel will gradually increase,” said the RBI, which issues currency in the country.

Besides, the central bank introduced a Rs 200 note in addition to currency note in denomination of Rs 2,000 after the demonetisation on November 8, 2016.

Following are some of the features of the new notes:

2018-07-19
Editor in chief
Previous: Minister Pratap Jena along with a team of five doctors will visit AIIMS know about the health condition of Jaga and Kalia
Next: Emergency talk back system and other various security measures for women in Railways 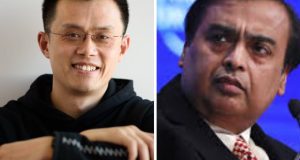 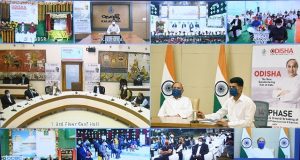