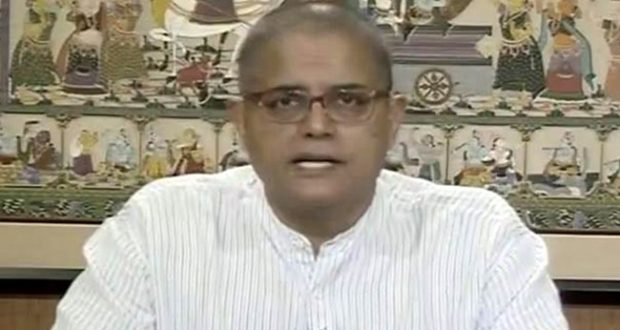 Panda, who represented the Kendrapara constituency, had resigned on June 12. He met Mahajan yesterday and requested her to accept his resignation.

Later he tweeted about his meeting with the Speaker.

In January this year, the lawmaker was suspended from the Biju Janata Dal for alleged anti-party activities.

It may be recalled here that the high-profile Biju Janata Dal MP had resigned from the party on May 28, saying that he has decided to “quit the politics” into which the ruling Odisha party has descended. Panda had incidentally been suspended from the party for alleged anti-party activities earlier on January 25.

2018-07-19
Editor in chief
Previous: MoU signed between CSIR-NPL and HPCL for indigenous Development
Next: A pall of gloom descended in Rahanja after five schoolchildren were killed