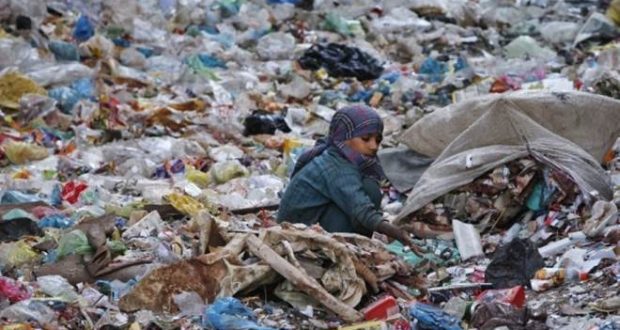 Save Urbanites through Better Management of Solid Wastes and Sewage

in Column July 18, 2018 Comments Off on Save Urbanites through Better Management of Solid Wastes and Sewage 1,126 Views 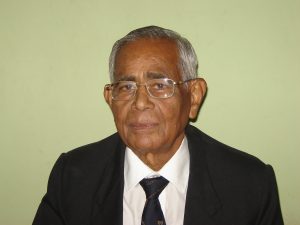 The urban India is growing fast mainly due to rapid industrialization and creation of various commercial activities. At the same time, the solid wastes and sewage are also being generated increasingly in these areas and the authorities are paying little importance for their proper management. The urban India is generating about 62 million tons (MT) of solid wastes and about 22630 billion liters of sewage per year. Out of the total solid wastes generated, more than 25% is not collected and nearly 70% of the urban areas has unsatisfactory and inadequate capacity to manage these wastes. Similarly, 80% of the sewage in India is untreated and are discharged directly to the rivers and other water bodies, thereby polluting the main source of drinking water. Due to these, the land, water and air of urban India is getting highly polluted. Most of the people in urban areas are suffering from various types of water and airborne diseases like Asthma, Cholera, Gastroenteritis, Bacterial Dysentery, Hepatitis, Poliomycitis etc. In addition to these, the solid wastes are clogging the storm water drainage system and causing flooding of street and houses during rainy season.

The Ganga basin spread over an area of 861,404 sq. km covering the states of Uttaranchal, Uttar Pradesh, Haryana, Delhi, Madhya Pradesh, Bihar, Jharkhand, and West Bengal. There are 223 cities and towns which are generating about 8250 million liters per day (mld) of sewage. At present the treatment facilities are available only for 3500 mld and the facilities for treatment of an additional capacity of about 1500 mld are in the pipeline.  Thus, there is a big gap between the sewage generation and treatment capacity. The situation for other rivers is still worse because of unsatisfactory disposal of solid wastes and sewage.

As regards the solid wastes management, the present practice of landfill in most of the urban areas is unscientific and inadequate resulting in contamination of soil, water and air as well as the ground water. The general methods to be adopted for urban solid waste management should take into account the concept of “3Rs” i.e. Reduce, Reuse and Recycle. Minimum wastes should be produced and the wastes generated should be reused and recycled wherever it is possible. The best system to manage the urban solid wastes should be to streamline the collection, transport and treatment using modern technology as practiced in many developed countries. The collection of the solid wastes should be done properly at a number of suitable sites preferably in the outskirts of the city or town. At first the recyclable wastes like metal scraps, plastics, rubber, glasses etc should be separated out and sold to the respective industries for recycling. The building and road construction wastes should be utilized in road construction and filling of the low lying areas. Then the remaining organic wastes separated out from the rest should be utilized for anaerobic digestion for producing fuel gas as well as compost or by aerobic process to prepare compost which can be sold to the users.

Based on the data for the year 2000, the average compostable matter is 41.8% of the total amount of solid wastes generated per day which amounts to be 48,134 MT., By applying anaerobic bio digestion process, the compost generated should be about 8048 MT and the amount of the biogas generated per day is 161 lakhs m3. Based on this assumption, each ton of solid wastes should produce 400 kg of compost and 800 m3 of biogas (containing 55 to 65% of methane). This biogas can generate about 2.4 MW power per 100 ton/day of the organic wastes.

Similarly, technology is available and is being practiced in most of the developed countries to effectively treat the sewage through processes like Activated Sludge Process followed by Chlorination and Dual Media Filtration. The treated sewage produces sludge to make compost and the treated sewage water can be reused for various purposes such as gardening, cooling water make up, road washing, toilet flushing, landscape developing etc. Both solid wastes and sewage processing should be carried out in small scale but in large numbers at suitable sites in the outskirts of the urban area for their proper management.

The situation due to mismanagement of solid wastes and sewage in almost all our cities and towns is causing alarming environmental pollution and is highly hazardous resulting in sufferings and unnatural death of lakhs of urbanites every year. The full and undivided attention of our planners and decision makers for protecting urban environment and aquatic resources from solid wastes and sewage is urgently required. Recently it is reported that the Housing and Urban Affairs Ministry, Government of India, in their programme on urban development in 99 ‘Smart cities’, has made the budgets for solid wastes management, sludge water treatment and environment management together as only 7.4% where as those for transport, area and economic developments the amount is 44.3% of the total budget. As a matter fact, much larger amounts should be assigned for solid wastes, sewage and environment management which would enable the respective authorities in the cities to bring a meaningful impact in these three important areas. Better execution of projects in these areas will help the growing urban population to live in a clean and healthy environment and get safe drinking water throughout the year. The good health and peaceful living of the urbanites should be the sign of ‘Smartness’ of the Urban India.