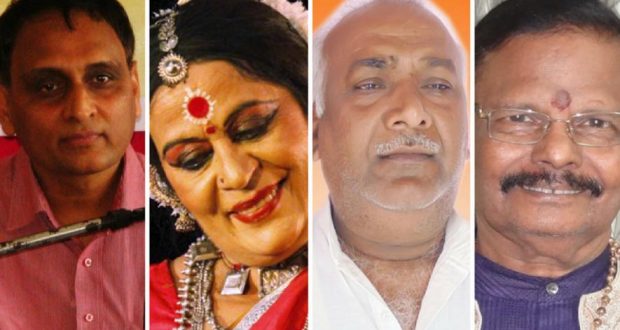 Along with them, former BJP lawmaker Ram Shakal took the oath or affirmation of allegiance to the Consitution when the House met on the opening day of the Monsoon Session of Parliament.

Sinha, Mansingh, Mohapatra and Shakal were last week nominated to the Upper House.

Mansingh, who is among the foremost Indian classical dancers and performs Bharatnatyam and Odissi, took oath in Hindi, while internationally renowed authority on stone carving and architect, Mohapatra, took oath in Odia.

RSS ideologue Sinha, who is the founder and honorary director of the Delhi-based think tank India Policy Foundation, and Shakal took oath in Hindi.

The newly elected members after taking oath went up to Chairman M Venkaiah Naidu who warmly welcomed them. They then greeted the senior leaders present in the House including BJP president Amit Shah.

2018-07-18
Editor in chief
Previous: Text of the PM’s statement ahead of the beginning of the Monsoon Session of Parliament
Next: Strengthening partnership with Tata Group