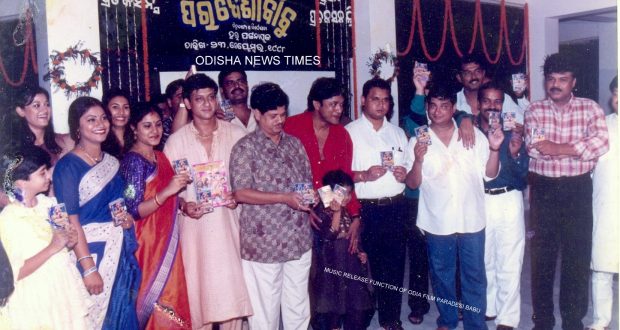 Bhubaneswar 16/7/18;:Odia Film Paradesi Babu was joint venture of Odisha and Bangala Desh,This film was made under the banner of Amiya Pattnaik Production and directed by Hara Pattnaik,This film stars Sidhant ,Rachana,Firdosh(Bangaladesh),Supriya Pathak,Debu Bose ,Jayee,Braja singh and hara Pattnaik,Film was released in 27th,September,19998 and Music was released23,september,1998.

2018-07-16
Editor in chief
Previous: Heavy rainfall over the past 24 hours triggered flash floods in most parts of Ganjam
Next: Civil Services (Preliminary) Exmination, 2018- Result Declared