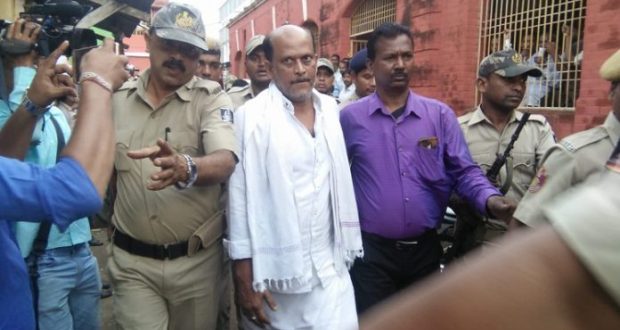 The gangster, who had notoriety for operating crime syndicate across the state and amassing wealth running to several crores of rupees, was earlier taken on nine day remand in two phases to widen the investigation of his network of organized crime.

The gangster was produced in the Kendrapara Sub Divisional Judicial Magistrate (SDJM) court after completion of nine day remand. The court today granted us four day remand of the hardened criminal for expedition of probe pertaining to various angles against the arrested history-sheeter, STF officials said.

The gangster was injured on June 30 in an encounter with the Special Task Force (STF) of state police near Chandikhole in Jajpur district. Following his recovery from injury, the STF had taken him for nine day remand.

Two congress leaders from Kendrapara township, Sanjay Rout and Hijbul Rahman, were quizzed today by investigators for alleged link with Tito. Rahman was a former councillor of the civic body here, while Rout was the son of an ex-MLA.

Tito had stepped into the crime world executing petty crimes in early nineties. . His stay in jail spurred him to make foray into crime world. The criminals lodged then at the jail guided him to break law and earn fast buck. Since then, he did not look back. Initially he dabbled in extortion and highway robbery.

Later he constituted his own gang of criminals by recruiting unemployed and unlettered youths from minority community into his gang, said a retired police official of Kendrapara who had earlier arrested the gangster.