Top Headlines
Home » Education » Scientific Organizations should work in synergy and not in silos: Vice President 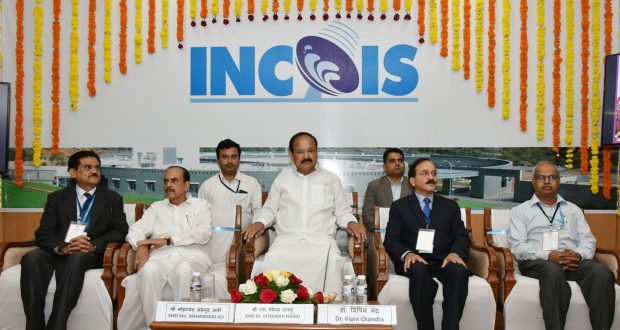 The Vice President, Shri M. Venkaiah Naidu at an event to interact with the Scientists of the Indian National Centre for Ocean Information Services (INCOIS) and the National Tsunami Warning Centre, in Hyderabad on July 13, 2018. The Deputy Chief Minister of Telangana, Shri Mohammad Mahmood Ali and other dignitaries are also seen.

Scientific Organizations should work in synergy and not in silos: Vice President

in Education July 13, 2018 Comments Off on Scientific Organizations should work in synergy and not in silos: Vice President 953 Views

Hydrabad:13/7/18;The Vice President of India, Shri M. Venkaiah Naidu called upon various scientific organizations in the country to work in synergy and not in silos for improving people’s lives. He was interacting with the Scientists of the Indian National Centre for Ocean Information Services (INCOIS) and the National Tsunami Warning Centre located there, in Hyderabad today. The Deputy Chief Minister of Telangana, Shri Mohammad Mahmood Ali and other dignitaries were present on the occasion.

The Vice President said he was extremely impressed with its capabilities and the work being carried out by the scientists in the areas of ocean observations, information and advisory services. He told the scientists to work closely with NDMA, coastal states and their disaster management units to make the coastal communities tsunami-ready.

Later addressing the scientists and researchers, the Vice President complimented INCOIS for issuing Potential Fishing Zone (PFZ) Advisories to 5.79 lakh fishermen along the Indian coastline in their local languages. The advisories were reducing their fishing time by 60-70 per cent, while netting two to three times higher profit compared to their searches prior to receiving the advisories, he added.

The Vice President said that techniques and knowledge base developed at INCOIS was not only helping in improving the quality of the life of fishing community, but also resulting in huge national savings on diesel and valuable human effort, he added.

Lauding INCOIS for developing operational services for predicting oil spills, the Vice President advised the institution to constantly interact with the user agencies like the Coast Guard, Maritime Police and seek their feedback to improve advisories and services. Glad that the Indian Coast Guard, the agency responsible for the mitigation of oil spills occurring in the seas around us, was now using the oil spill trajectory predictions and working closely with INCOIS to improve the accuracy of predictions, he added.

The Vice President also suggested to INCOIS to integrate Multi-Hazard vulnerability maps and the 3D GIS maps with tsunami early warnings and storm surge predictions to give a more accurate forecasts of the areas that might get inundated due to tsunami or storm surge. It will help in better management of the disasters and mitigate the suffering of the coastal population, he added.

The Vice President also wanted INCOIS to popularize ‘Sagar Vani’, an integrated information dissemination system, among the fishermen and other users so that the ocean information and alerts could be reached to a large number of people. 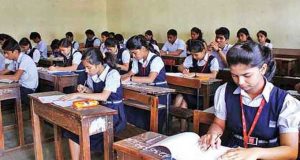