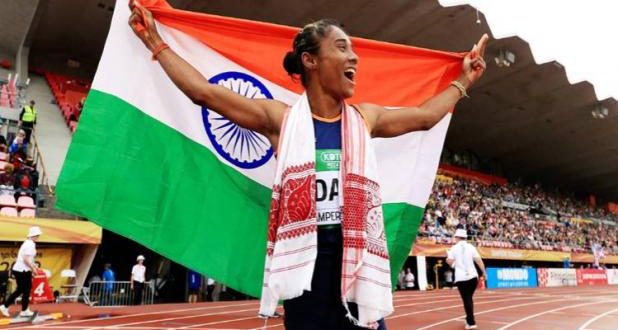 Taking to social media, President Kovind congratulated sprinter Das for her performance and said it is a “very proud” moment for Assam and India.

“Congratulations to our sensational sprint star Hima Das for winning the 400m gold in the World Under-20 Championship. This is India’s first ever track gold in a World Championship. A very proud moment for Assam and India, Hima; now the Olympic podium beckons! #PresidentKovind,” he tweeted.

He wrote, “India is delighted and proud of athlete Hima Das, who won a historic Gold in the 400m of World U20 Championships. Congratulations to her! This accomplishment will certainly inspire young athletes in the coming years.”

The 18-year-old, on Thursday, made the country proud as she scripted history by clinching the top spot in the women’s 400 m final race at the World U-20 Championships in Tampere, Finland.

A pre-tournament favourite, Das clocked 51.46s to finish ahead of Andrea Miklos of Romania and USA’s Taylor Manson.