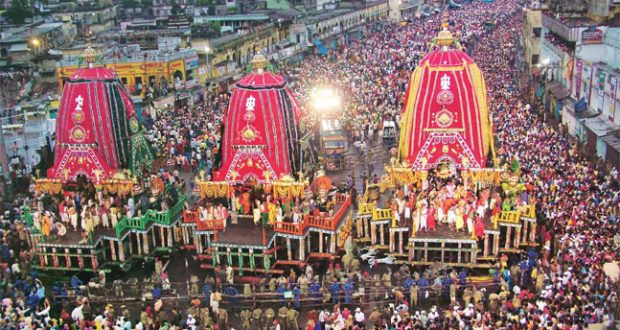 in National July 12, 2018 Comments Off on Union civil aviation ministry has refused to accord ‘No flying zone’ tag to Puri during the annual Rath Yatra 751 Views

Newdelhi:12/7/18; The union civil aviation ministry has refused to accord ‘No flying zone’ tag to Puri during the annual Rath Yatra festival in the pilgrim town.

Earlier Odisha police had sought the permission from the Centre to declare Puri and its periphery as ‘No Flying Zone’ during the Rath Jatra of Lord Jagannath.

Puri being an international civil aviation route, accordance of no-flying-zone permission to Puri is not feasible, a letter by the union ministry said.

The nine-day festival will begin on July 14 and it is expected that lakhs of devotees would congregate in the pilgrim town to witness the chariot festival.

Large numbers of police personnel will be deployed to give proper security arrangement to the devotees and tourists during Gundicha Yatra, Bahuda Yatra, Sunavesha, Nabajoubana Darshana and Niladribije.

140 platoons of police force and 1,000 officers are being deployed during Rath Yatra, senior police officials said.

The police officers have been instructed to keep a strict vigil on the visitors in all hotels in Puri while adequate security personnel would be deployed along the coast.

2018-07-12
Editor in chief
Previous: Bhubaneswarhas secured the 32nd rank among the top 50 best Smart Cities of the world.
Next: Parliamentary Affairs department has issued a notification to establish a “Heritage Cabinet”