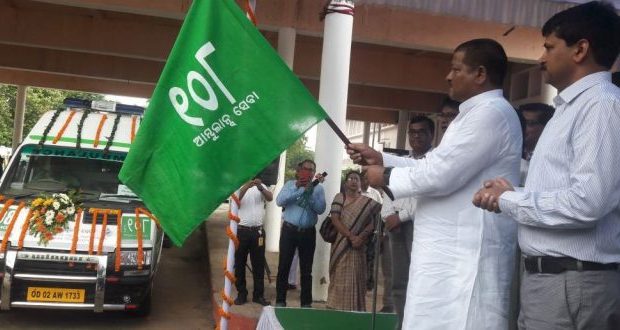 Chief Minister Naveen Patnaik had dedicated 92 additional ambulances to the people of the state on December 23 last year.

The remaining 42 vehicles of the fleet of 92 ambulances will be rolled out in the last phase across the state, the Minister said.

The Odisha government has made a budget provision of 90 crores (over a period of five years) for these additional ambulances.

The 108 Emergency Medical Ambulance Service was launched in the state on 5th March 2013 and presently is operated with a fleet of 444 vehicles covering all 30 districts, providing emergency medical service, free of cost to the people.

2018-07-12
Editor in chief
Previous: MSME Minister Prafulla Samal has Launched the IED Foods Trademark
Next: Biswa Odia Sammilani will be commenced in Newdelhi from 3rd-4th November 2018