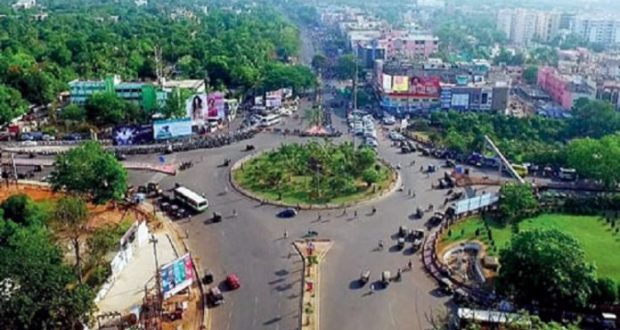 Bhubaneswarhas secured the 32nd rank among the top 50 best Smart Cities of the world.

in Smartcity Bhubaneswar July 12, 2018 Comments Off on Bhubaneswarhas secured the 32nd rank among the top 50 best Smart Cities of the world. 988 Views

Bhubaneswar:12/7/18; Bhubaneswar, described in tourism circuit as temple city, has secured the 32nd rank among the top 50 best Smart Cities of the world.

The rankings were based on the 10 parameters like Clarity of Vision, Leadership, Budget, Provision of financial incentives, Support programmes, Talent-readiness, People-centric approach, Development of Innovation Ecosystem, Implementation of Smart Policies and Track Record of Previous Initiatives and Projects.

This is the first independent ranking of its kind that investigates the roles that city governments play in leading a Smart City strategy, beyond celebrating the technological attainments of the cities themselves.

The ranking was announced by Singapore-based Eden Strategy Institute on July 9, from a study conducted in partnership with Singapore-based ONG&ONG Experience Design that analyses the diverse approaches towards developing smart cities around the world.

Interestingly, while London is on the top of the list, Bhubaneswar with its rank 32 is well ahead of world cities like Dubai (40) and Paris (46). Among the other Indian cities, while Ahmedabad is in a tie with Bhubaneswar, New Delhi (23) and Surat (27) are followed by Jaipur (34) and Pune (36).

The Bhubaneswar Smart City Plan (SCP) redefines the concept of “Smart Cities” and outlines a citizen-driven vision for the future by using technology to help residents gain better access to city services, and improve the overall quality of life. Ranked first in the Government of India’s Smart City Challenge and made it to the final list for the World Smart City Awards in 2016 held at Barcelona, Bhubaneswar played a pivotal role in redefining and demystifying the concept of the smart cities movement in developing countries.

The plan also calls for the redevelopment of 985 acres around the centrally-located transit station into a vibrant 24/7 destination called the Bhubaneswar Town Centre District.

2018-07-12
Editor in chief
Previous: NABARD to promote 5000 Farmer Producer Organizations in next 2 years: MoS, Finance
Next: Union civil aviation ministry has refused to accord ‘No flying zone’ tag to Puri during the annual Rath Yatra