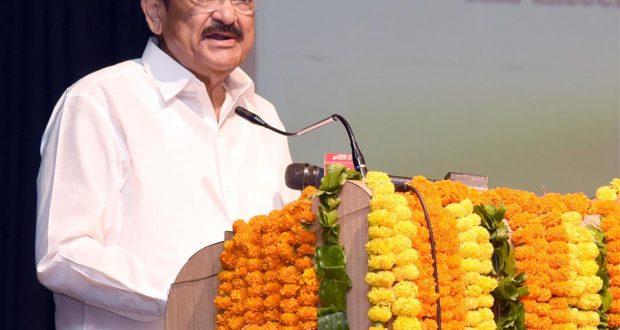 Newdelhi:11/7/18:The Vice President of India, Shri M. Venkaiah Naidu has asked the IAS officers to look upon people as active agents of transforming India, not merely as ‘target groups’ or ‘beneficiaries’ as we used to call them. He was addressing IAS Officers of 2016 batch posted as Assistant Secretaries in Government of India, in New Delhi today. The Minister of State for Development of North Eastern Region (I/C), Prime Minister’s Office, Personnel, Public Grievances & Pensions, Atomic Energy and Space, Dr. Jitendra Singh and other dignitaries were present on the occasion.

The Vice President said that unless this approach becomes an integral part of our planning and implementation process, the programmes will not succeed. He further asked the young officers to make good use of the opportunity and understand the role of Union government in formulation of policies and programs. You belong to a civil service that was conceived of as a steel frame of our country by the great visionary unifier and the first Home Minister of independent India, Sardar Vallabhbhai Patel, he added.

Saying that streamlining service delivery and effective, transparent, people-centred good governance are the need of the hour, the Vice President stressed on the need to address challenges in delivering basic services to the common man. Aim at greater ‘efficiency’ and ‘effectiveness’ and build a culture of ‘evaluation’ and constant ‘learning’ in our governance systems, he added.

The Vice President asked officers to adopt a more empathetic, responsive and inclusive approach of administration. It should be an approach that cares for women, differently abled, the marginalized and those who have been left out of developmental process, he added.

The Vice President asked officers to view every programme as a “societal mission” and implement them with dedication. There has to be a genuine commitment at all levels of administration to spread the benefits of democratic governance to all sections in society without any discrimination in the spirit of the principle “Sab ka Saath, Sab ka Vikaas,” he added.