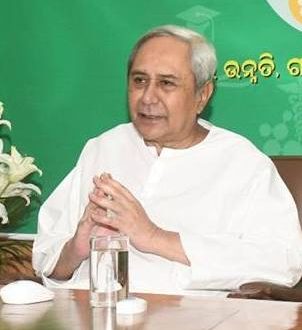 Bhubaneswar:10/7/18: While addressing “Ama Mukhyamantri Ama Katha” programme at the State Secretariat here, Chief Minister Naveen Patnaik today announced a ban on the use of plastic and polythene in the state from October 2.

“Plastic is a threat to the environment, civilization and future of our children, following which I have taken the decision for an absolute ban on use of plastic in Odisha,” the Chief Minister said.

In the first phase, the plastic ban will be imposed in Puri and all municipal corporations in the state and it will come into force in the remaining civic bodies in the next two years, he added.

The use of plastic bag, polythene and single use plastic will be totally banned. While the Urban and Housing Development will implement the directive in urban areas, the Panchayati Raj department has been directed to ensure strict implementation of the ban order in rural areas, a press release of the Chief Minister’s office read.

The Forest and Environment Department will monitor the plastic pollution control programmes across the state, the release added.

“Threes are closely associated with our culture. All you know the importance of trees for our biodiversity. So, everybody plant a tree during this monsoon and take care of it as a member of your family,” the Chief Minister advised in his address.

He thanked the people for their cooperation in the gradual increase in the forest area of the state in the recent years, which has gone above the national average.