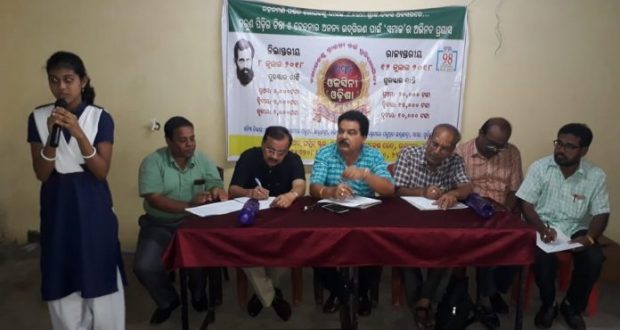 in Smartcity Bhubaneswar July 8, 2018 Comments Off on Thousands of students evinced keen interest to participate in the ‘Samaja Ojaswini’ Odia debate 1,945 Views

Bhubaneswar:8/7/18: Thousands of students both from schools and colleges across the state evinced keen interest to participate in the ‘Samaja Ojaswini’ Odia debate for junior and senior grade to commemorate the death anniversary of Utkalmani Gopabandhu Das.

The Samaja, the leading Odia daily founded by the great Odia statesman, organized the debate competitions in the all the 30 district headquarters besides at Bhubaneswar.

The young debaters eloquently spoke on the topics- ‘Gopabandhu- Fusion of past & present’ and ‘Gandhian ideology & democracy’.

Utkalmani, who was a multi-faceted public figure in per-independence era, had founded the Samaja which later went on to become the mouthpiece for Odias till the present day.