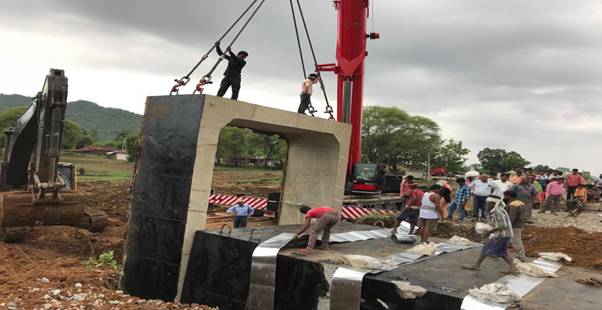 in District Diary July 7, 2018 Comments Off on Sambalpur Division becomes the first to eliminate all unmanned Level Crossing Gates in Indian Railways 978 Views

In view of the launching of six Limited Height Subways, seven unmanned Level Crossing gates will be totally closed in Bhawanipatna-Lanjigarh Road Section of Kalahandi area of Odisha.

While completion of one single LHS in a block of four hours is itself an achievement, completion of 6 LHSs within the same time frame was unheard of earlier.  In spite of the tremendous challenges involved in launching six LHSs in one go and despite the unfavourable monsoon weather conditions, Sambalpur Division has converted the mighty challenge into a favourable opportunity and completed the onerous task of launching of six LHSs in one go and thereby has set up a new mile stone in the history of Indian Railways.