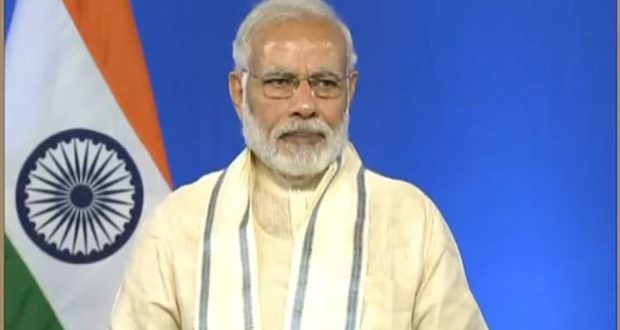 Applauding the efforts of NRIs, particularly Saurashtra Patel community, Prime Minister said that NRIs have always made India proud. He added that their efforts have ensured that Indian Passport is respected everywhere.

Prime Minister said that various schemes of the Government, like Swachh Bharat has boosted tourism in the country. He also appealed to NRI community to motivate at least five foreign families to visit India every year for Bharat Darshan. This can pave a new way to serve the purpose of Ek Bharat  Shresht Bharat Abhiyan, ultimately providing a great boost to India’s tourism development. He also talked about how NRIs can contribute to the success of Mahatma Gandhi’s  dream, Swachh Bharat.

Prime Minister said that India would celebrate the 150th birth anniversary of Mahatma Gandhi, beginning from 2nd of October.  He added that in the name of the Iron Man of India, Sardar Vallabhbhai Patel, a mammoth Statue of Unity is constructed on River Narmada and it will be completed on 31st October 2018. Once completed, the Statue of Unity will be the highest statue in the world.

Addressing the gathering, Narendra Modi said that India is now seen as a shining star in the world. He added that today India is associated with fast economic growth and honest, transparent governance. Initiatives like GST and strict action against corruption has helped people doing honest business.  These initiatives have resulted in 42-place jump in the Ease of Doing Business rankings in the last four years, he added.

2018-07-07
Editor in chief
Previous: Sambalpur Division becomes the first to eliminate all unmanned Level Crossing Gates in Indian Railways
Next: Orphan girl has finally got the warmth of parental love and care with an US couple