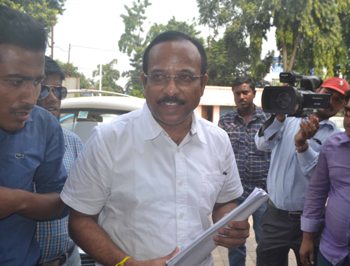 The Mayurbhanj MP, one of the directors of Nabadiganta Capital Services, was arrested by the CBI for his alleged involvement in the Odisha chit fund scam in November 2014.

Following his arrest, the BJD had suspended Hansda from the party.

Notably, Hansda was quizzed by a three-member team from Ministry of Corporate Affairs at Jharpada Special Jail in March this year.

In February 2015, CBI had filed charge sheet against Hansda and seven others for their alleged complicity in the multi-crore chit fund scam.