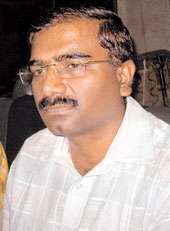 Bhubaneswar3/7/18;: A special vigilance court here on Tuesday convicted Odisha cadre IAS officer and former Managing Director of Odisha Rural Housing Development Corporation (ORHDC), Vinod Kumar, and five others in connection with financial irregularities in the corporation to the tune of Rs 55 lakh.

The five others who were convicted by the court are Sanjay Mohanty, Purna Chandra Das, Pradip Kumar Rout, Chitta Ranjan Mohanty and Ashish Kumar Nayak.

During the hearing on Tuesday, Sanjay Mohanty, assistant manager of ORHDC, appeared in the court. After taking into consideration the statements of the witnesses and other evidence, the court convicted the six accused.

In 2000, the Vigilance had registered a case against Kumar and the five employees of the corporation for their alleged involvement in the financial irregularities to the tune of Rs 55 lakh. Kumar is now posted as officer on special duty (OSD) in the Higher Education Department.