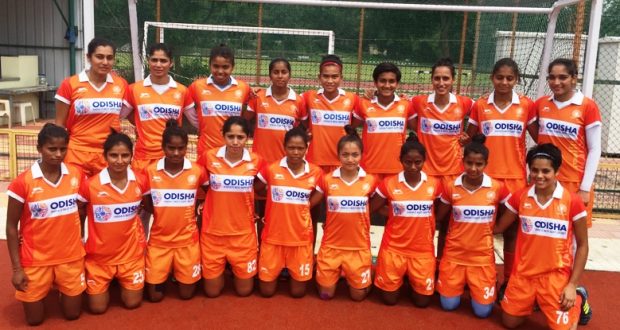 in Sports July 2, 2018 Comments Off on Hockey India has named the Indian Junior Women’s Hockey Team for the upcoming U-23 Six Nations Tournament 688 Views

New Delhi:2/7/18; Hockey India has named the Indian Junior Women’s Hockey Team for the upcoming U-23 Six Nations Tournament to be held from 14th – 21st July 2018 in Antwerp, Belgium.

The Indian Women’s team will be playing a total of five round-robin matches against Ireland, Great Britain, Belgium, Canada and Netherlands.

The tournament will see the top two teams at the end of the round-robin matches facing each other in the Final on July 21, while the remaining teams will play classification matches.

“The Indian Junior Women’s team will face a stern test in the U23 Six Nations Tournament in Belgium as they play against some of the stronger teams from around the world. These players will get a much-needed exposure and this challenge will help us in forming a wider Core Group of players for the Women’s team. It is a crucial juncture in the careers of these players as some of them will take part in their first major international tournament and will play a part in building a successful team for the future,” stated David John, Director, High Performance, Hockey India.

The Indian Women’s team will play their opening match against Ireland on July 14 at 1400hrs IST.

2018-07-02
Editor in chief
Previous: Residential water birds have made Bhitarkanika their temporary home
Next: In a unique way to protest Congress activists poured water at NHAI office