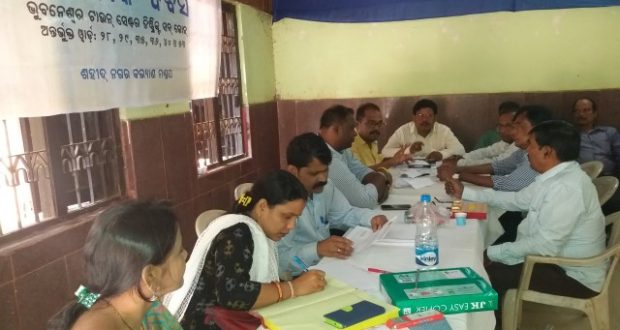 in Smartcity Bhubaneswar July 2, 2018 Comments Off on BMC Jan Sampark Divas will be organised again on 1st and 16th of every Month 610 Views

Bhubaneswar2/7/18:: For better coordination and effective implementation of all the welfare schemes under Bhubaneswar Municipal Corporation (BMC), Jan Sampark Divas will be organised again on 1st and 16th of every month in all the zones across the city.

As per a notice issued by BMC, the city will be divided into 12 sub-zones, which will have equal number of nodal officers to organise the events in their respective areas. As per the notice, the next Jan Sampark Divas will be organised on July 16.

Jan Sampark Divas was suspended from May 1 following a notification from the BMC authorities due to heat-wave like conditions. The notification was effected following the suspension of grievance redressal at the Chief Minister’s Grievance Cell in the city and all grievance cells at the district-level from April 30.

The idea behind Jan Sampark Divas is to encourage citizens to redress their grievance through a direct interaction with government officials in their localities.  This doorstep service mechanism is designed to provide a single window service to the citizens. It saves time, energy and transportation delays of lodging a complaint.  The entire Temple City thus is divided into 12 sub-zones. One sub-zone comprises six wards on an average. This is planned as per the adjacent localities to the sub-zone centres.

2018-07-02
Editor in chief
Previous: Admission into Plus II courses in junior colleges began in Odisha
Next: To mark the Tree Plantation Day 40 lakh saplings will be planted in various parts of Odisha on July 7:Naveen Patnaik