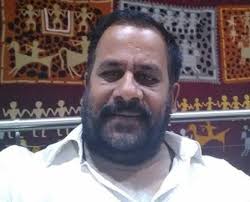 Bhubaneswar:2/7/18: The Biju Janata Dal (BJD) today suspended former Dhenkanal MLA Nabin Nanda from the primary membership of the regional party a day after his alleged sexual escapade and reported arrest in Kolkata.

“Basing on information received regarding condemnable behaviour, Nanda is being suspended from the party on direction by BJD president Naveen Patnaik”, a press release said.

ontrary to the claims of former Dhenkanal MLA Nabin Nanda that he was pickpocketed in Kolkata on Saturday, a Kolkata-based web magazine “Patrika” has reported that he was arrested by police from a spa and later released on bail.

The Kolkata police had reportedly arrested 18 persons, including nine women, during a raid on the spa near the Park Street on Saturday night. Nanda was produced in a local court, which later released him on bail.