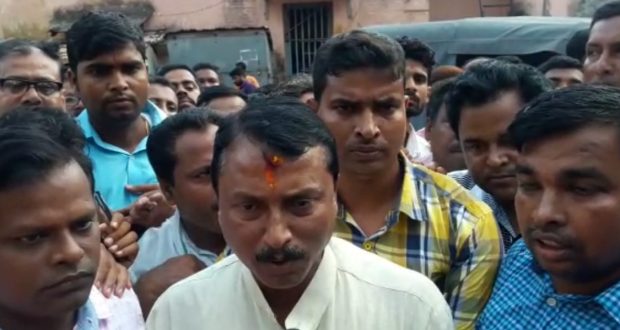 Bhadrak:30/6/18: The additional district and sessions court in Bhadrak on Saturday acquitted Dhamnagar MLA Muktikanta Mandal and five others in the sensational Niranjan Jena murder case in 2002.

Adjudicating the case, ADJ Anup Kumar Chandan acquitted the former Basudevpur block chairman and legislator and five others due to lack of evidence. Five others who were acquitted by the court are Nepal Barik, Basant Nayak, Raghunath Jena, Jayakrushna Rout and Kailash Nayak.

Sources said the hearing of the case was conducted in the chamber of the judge instead of the court. Mandal broke down after the pronouncement of the verdict and said this is the victory of truth and judiciary.

Speaking about the judgment, deceased Niranjan’s brother Krupasindhu said that he welcomes the verdict of the court. However, he will move the higher court challenging the acquittal, he said.

Notably, Niranjan Jena, a truck helper, of Sugo village under Basudevpur police station limits in the district was allegedly kidnapped and beaten to death on November 3, 2002.

Deceased Niranjan’s uncle Dushasan Jena had lodged a complaint with the police alleging involvement of Muktikanta Mandal, the then block chairman of Basudevpur, and five others in the murder.

Meanwhile, Niranjan’s family moved the Orissa High Court alleging that the police had dropped the names of the MLA and Nepal Barik from the final charge sheet. Hearing the petition, the HC had directed the police to include Nepal Barik’s name in the charge sheet and conclude the hearing in six months.

2018-06-30
Editor in chief
Previous: Heavy rain brought Bhubaneswar to a halt causing a traffic gridlock
Next: No misconduct with President Kovind’s wife at Jagannath temple