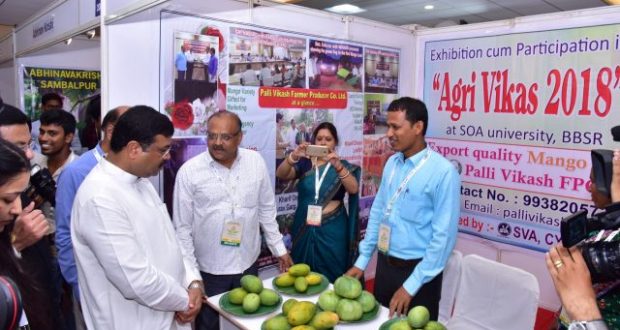 The workshop intended to serve as a platform to enhance trade in agricultural services and develop synergies between competitive players of the agricultural sector in the Indian market, was inaugurated by Union minister Dharmendra Pradhan.

At the workshop, more than 100 kiosks were set up by agro entrepreneurs from across the country showcasing a wide range of agricultural equipment and know-how on new technology innovations.

More than 1,000 participants including farmers, horticulturists, agriculture scientists, agricultural entrepreneurs, and students from all districts of Odisha as well as other states have taken part in the programme.

The workshop also witnessed the release of five books.

2018-06-30
Editor in chief
Previous: Naveen Patnaik met farmers from Bhawanipatna block of Kalahandi
Next: People commuting after dark on the road in smart city will face no more inconvenience