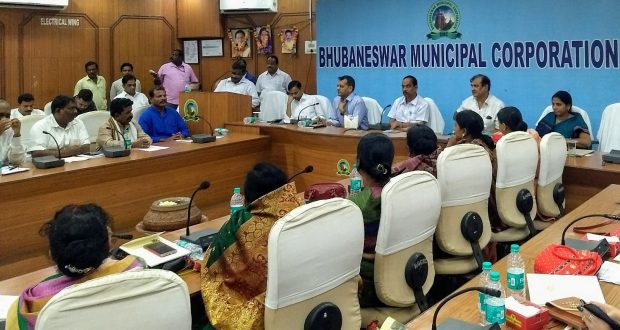 in Smartcity Bhubaneswar June 29, 2018 Comments Off on People defecating in the open will have to pay a fine of Rs 50 in Capital city 571 Views

Bhubaneswar:29/6/18: People defecating in the open will have to pay a fine of Rs 50 each if they are caught by the local ward sanitation committee or the self-help groups of the Bhubaneswar Municipal Corporation (BMC).

The decision to impose the penalty for open defecation was taken in the corporation meeting of the BMC on Friday, to give a boost to Swachh Bharat Abhiyan and make the capital city open defecation free. The proposal was unanimously passed by the Corporation.

This step will work as a catalyst to make the city open defecation free (ODF) and the legislation by the urban local body is also a prerequisite in this regard, for the ODF tag.

“In order to make people aware about the new legislation on the collection of penalty, awareness camps will also be organised across the city to keep the city clean,” said Mayor Ananta Narayan Jena.

During, the meeting corporators expressed their view against the mushrooming growth of Kalyan Mandaps (community halls) across the city, which ultimately create traffic jam and additional burden on the civic body in lifting the solid waste, they generate by holding various functions and social gatherings.

The Corporation has decided to make a survey of all Kalyan Mandaps across the State Capital through the Planning Wing of BMC in association with all the Zonal Deputy Commissioners, Corporators and officials. The nature of plan approval given to a Kalyan Mandap (whether residential or commercial) and the violations made through parking and encroachment irregularities would be taken into consideration