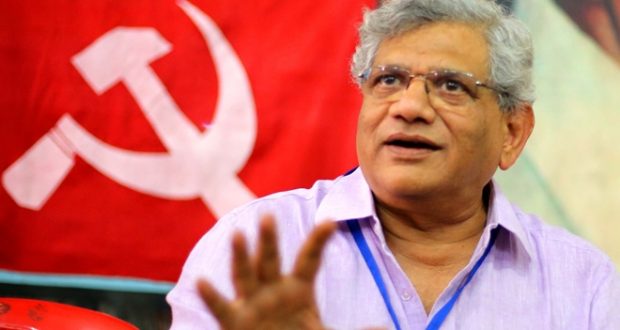 in National June 27, 2018 Comments Off on CPI(M) leader Sitaram Yechuryalleged that the BJP was trying to impose “institutional emergency” 553 Views

Chennai :27/6/18; CPI(M) leader Sitaram Yechury today alleged that the BJP was trying to impose “institutional emergency” in the country, akin to what former prime minister Indira Gandhi did in 1975, without officially declaring it.

“The constitutional right of equality is being completely undermined and in fact denied, particularly to the Muslims and the Dalits,” he told reporters here.

Yechury said there was a “question mark” over the impartiality of the Election Commission.

He alleged that Parliament was under “direct attack” as its sessions were getting truncated.

“What Indira Gandhi did during the Emergency by trying to create a committed judiciary….., the BJP is seeking to impose institutional emergency without an official declaration,” he claimed.

His reaction came in the wake of Union minister Arun Jaitley’s Facebook post accusing the Left party of being inactive during the struggle against the Emergency.