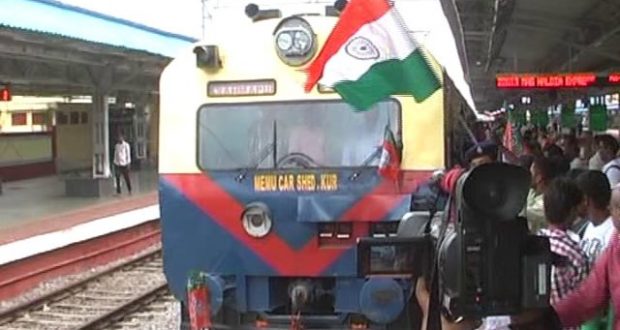 The much awaited MEMU train service between Berhampur and Cuttack kicked off at 7.30 am from Berhampur replacing Berhampur-Cuttack-Berhampur fast passenger. The train will reach Cuttack at 11.00 am.

The East Coast Railway (ECoR) will introduce the MEMU train services in other sections after reviewing the feedback from the passengers.

As the MEMU train has two engines at both ends, it will not take additional time for changing the engine, official sources said.