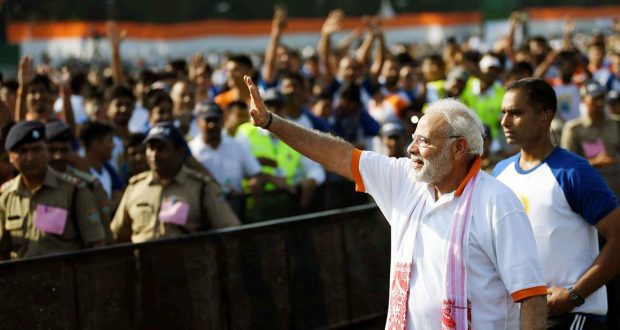 Dehradun:21/6/18;Prime Minister Narendra Modi today said that Yoga has become one of the most powerful ‘Unifying Forces’ in the world. He was addressing a huge gathering on the 4th International Yoga Day held at the Forest Research Institute campus in Dehradun, Uttarakhand. Prime Minister performed Yogasan, Pranayama and Dhyan with about 50,000 yoga enthusiasts and volunteers at the Forest Research Institute campus.

“It’s a proud moment for everyone that today, all over the world; people are welcoming the brightness and warmth of the sun with Yoga. From Dehradun to Dublin, from Shanghai to Chicago, and from Jakarta to Johannesburg, yoga is now spread everywhere”, Prime Minister said

Giving a clear-cut message to the Yoga enthusiasts all over the world, Prime Minister said that the entire world has embraced Yoga and the glimpses of this can be seen in the way International Day of Yoga is celebrated every year.  He further added that Yoga Day has become one of the biggest mass movements in the quest for good health and well-being. 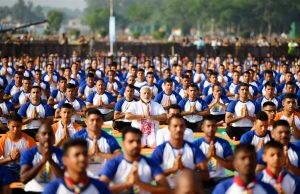 Prime Minister said that we should not hesitate to honour our own legacy and heritage if we want the rest of the world to respect us. He said that Yoga is beautiful because it is ancient and yet modern, it is constant and yet evolving; it has the best of our past and present and provides a ray of hope for our future.
Talking about the potential of Yoga, Prime Minister said that Yoga has a solution to most of the problems faced by people, as individuals as well as a society. He said that Yoga could lead to a calm, creative and content life, removing tensions and needless anxiety. “Instead of dividing, Yoga unites. Instead of further animosity, Yoga assimilates. Instead of increasing suffering, Yoga heals”, he added.

2018-06-21
Editor in chief
Previous: Odisha Chief Minister urged Prime Minister Narendra Modi to notify Hockey as the National Game
Next: Special Relief Commissioner issued a show cause notice to Kendriya Vidyalaya No.1 for holding classes in the school during summer

ECI extends ban on physical rallies and roadshows until 22 January, 2022