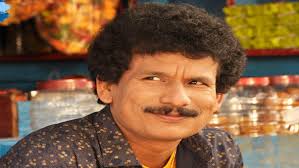 New Delhi:21/6/18: There has been a marked improvement in the health condition of Ollywood actor and comedian Tatwa Prakash Satpathy, popularly known as Papu Pom Pom, sources at All India Institute of Medical Sciences (AIIMS) in New Delhi said.

He was shifted to the general ward after the ICU (bed no-12) of the Gastrology department, where he was admitted on May 15, on Tuesday

The doctors are hopeful that the actor would recover completely in the next few days.

Papu was taken for a walk around the general ward by his wife Sangita and other family members on Wednesday. He also spoke to his friends over mobile phone. As informed by his associate Gitu and his friend Gokuli, who are with him at the AIIMS, Papu is most likely to return to Bhubaneswar within two weeks.

The actor has expressed his gratitude to the Health minister Pratap Jena and the Odisha Film Development Corporation (OFDC) for their timely support.