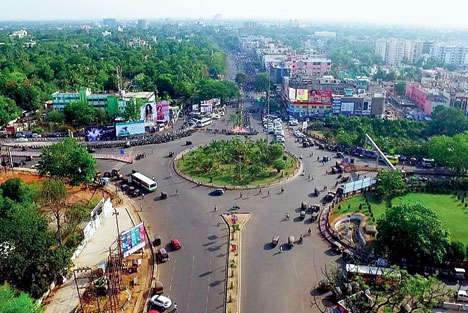 Bhubaneswar became the hottest place in the State

Bhubaneswar:17/6/18 Bhubaneswar, the capital city of Odisha, became the hottest place in the State with recording maximum temperature of 42.3 degrees Celsius.

Not only Bhubaneswar, other places too reeled under the scorching heat. According to the local the Met Department, as many as seven places witnessed temperature above 40 degree Celsius.

Residents of many other places in the State also experienced scorching heat as the mercury level climbed a few notches above normal.

Meanwhile, the local office of the India Meteorological Department predicted heatwave likely at one or two places in the State in the next 48 hours.

Strong and gusty surface wind speed reaching 40 to 50 Kmph gusting to 60 kmph likely to prevail along and off Odisha coast. Fishermen are advised not to venture into the sea during the next 24 hours, it added.