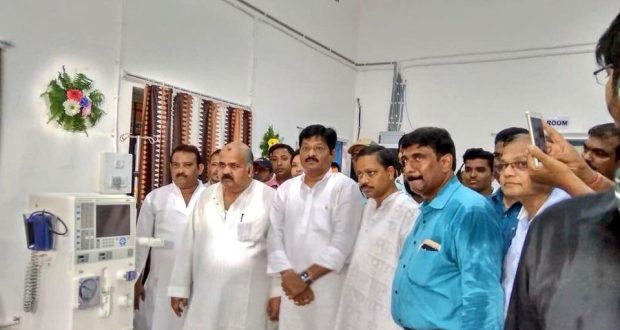 Odisha government would not implement the Centre’s Ayushman Bharat

in State News June 14, 2018 Comments Off on Odisha government would not implement the Centre’s Ayushman Bharat 861 Views

Bhubaneswar:14/6/18; The Odisha government would not implement the Centre’s Ayushman Bharat National Health Protection Mission in the state since it is about to launch a similar scheme on its own shortly, a minister today said.

He said that Odisha’s Biju Swasthya Kalyan Yojana would be implemented from August 15 this year.

He said while the Centres Ayushman Bharat programme was meant for 61 lakh families of Odisha, the state’s own Biju Swasthya Kalyan Yojana will cover 70 lakh families.

Around 3.5 crore people will get health benefit up to Rs 5 lakh per family under the state scheme, he said.

“Keeping in view the interests of the people of our state, we are going to implement the Biju Swasthya Kalyan Yojana,” Jena said, adding that the healthcare scheme of the state government is better than that of the Centre.

Chief Minister Naveen Patnaik had on Tuesday announced the health assurance scheme of the state. Under the programme, a family would get up to Rs 5 lakh per annum to meet healthcare expenditure at all government-run hospitals and the entire cost would be borne by the state government.

2018-06-14
Editor in chief
Previous: Odisha government constituted a three-member committee to study the management systems Jagannath temple of Puri
Next: Odia households bustle with preparations of a festival called Raja that celebrates womanhood