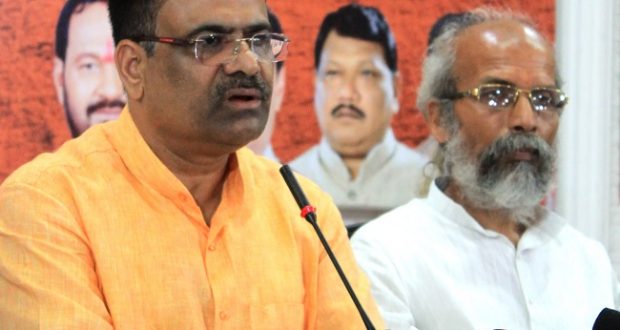 Questioning Chief Minister’s stoic silence on the emotive issue, BJP spokesperson Pitambar Acharya said “the Puri Collector yesterday claimed that keys were retrieved from the record room. But the keys should have been at the treasury as per the temple guidelines”.

The role of the administration smacks off foul play. The circumstances under which the keys made its way to the record room instead of the treasury are shrouded in mystery, Acharya told reporters here.

The loss of keys of Jagannath temple’s inner Ratna Bhandar (treasury) had triggered state-wide furore putting the beleaguered state government on back foot. BJP which had also launched state wide agitation had also lodged an FIR in connection with the keys-missing incident.

It may be recalled here that the Puri district administration on Wednesday had claimed to have recovered the missing keys. An envelope with “duplicate keys of inner Ratna Bhandar” written on it was found in the record room of Collector’s office yesterday.