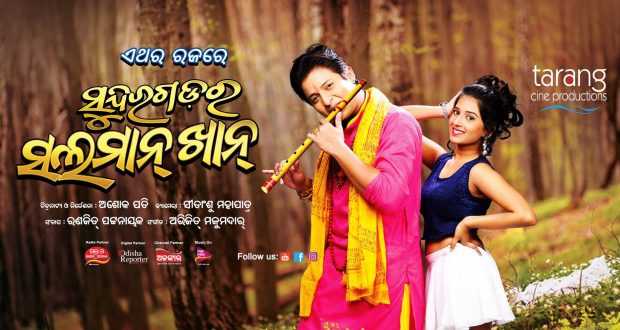 Bhubaneswar:10/6/18: Two  Odia film  will clash during the Raja festival this year.Zee Sarthak is all set to make a debut with a rom-com titled 4 idiots, in association with Akshay Parija Productions and Prakash Films. The first poster released recently.. The four idiots in the movie will be played by actors Sabyasachi Mishra, Akash Dasnayak, Kuna Tripathy and Papu Pom Pom. They will be seen opposite Elina Samantaray, Poonam Mishra, Chandni and Lipsa Misha, respectively.

On the other hand, Babushan will be seen romancing with debutant actress Dibya in his upcoming Odia movie Sundargarh Ra Salman Khan. The film is directed by Ashok Pati and music director is Abhijeet MajumdarThis film slated to be released on13th, June2018

2018-06-10
Editor in chief
Previous: Zee Sarthak is all set to make a debut with a rom-com titled odia film 4 idiots
Next: Experts call for a holistic approach on Private Sector Participation and Risk Mitigation