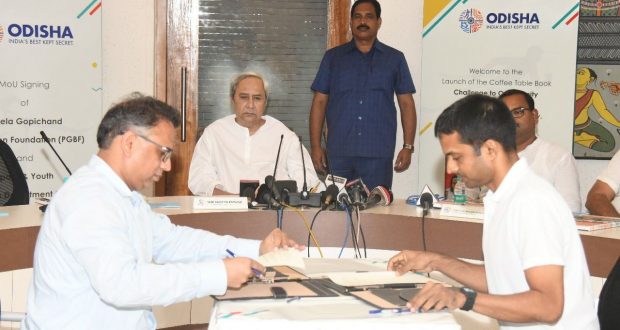 in State News June 9, 2018 Comments Off on Odisha Government had signed MoU with Pullela Gopichand Badminton Foundation to set up a world-class Badminton Academy i 710 Views 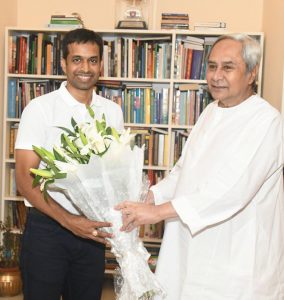 With his guidance, many Badminton players have gone on to triumph at national and international levels. He said that for a state aiming for Olympics, there is no better coach than Shri Pullela Gopichand and assured that the State Government will provide him and his foundation all support.

He released a documentary & coffee-table book titled ‘Challenge to Opportunity’ on AAC2017. Recalling the grand success of 22nd Asian Athletics Championships in Bhubaneswar, Chief Minister stated that the event demonstrated the leadership ability of the state and emergence of Bhubaneswar as sports capital of India.